Nadje al-Ali (Professor of Gender Studies at the Centre for Gender Studies, SOAS, University of London), Mohamed-Ali Adraoui (Senior Fellow at Georgetown University) and Farhad Khosrokhavar (Senior researcher at the Ecole des Hautes Etudes en Sciences Sociales) presented the major findings of their IPEV Working Groups (based on the first version of the chapter they produced for the report that will be released in June 2018, currently being read by the International Advisory Board) and few recommendations for exiting violence. 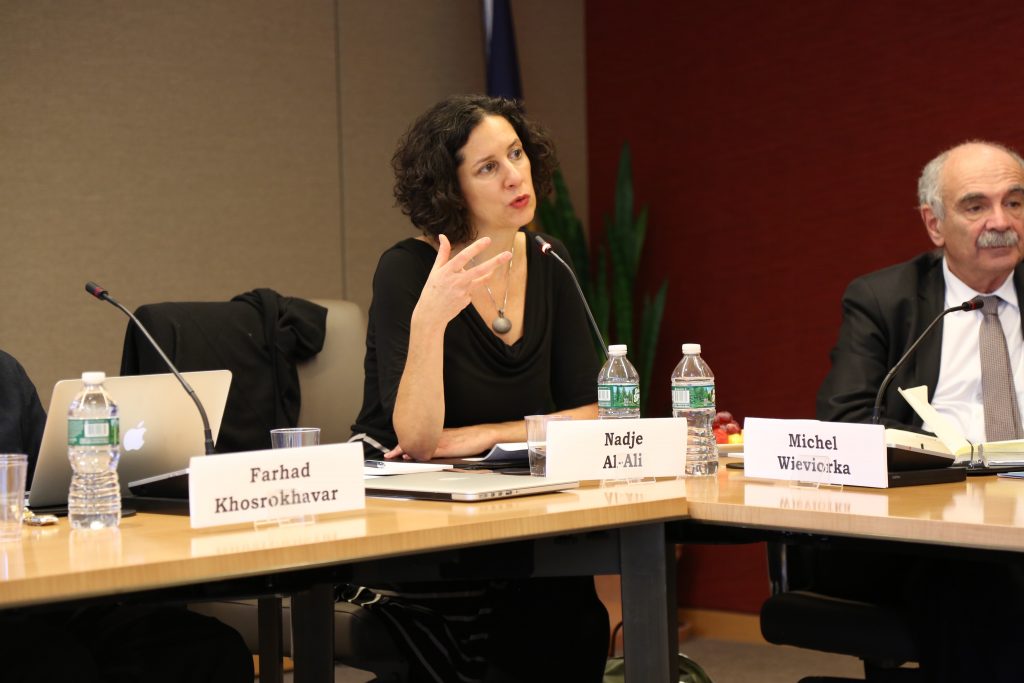 Nadje Al-Ali, from the Working Group « Women and violence, with a gendered approach: MENA region and diaspora »

Violence against women is a key strategy and is at the center of sectarian violence.

Theoretically, we need to look at violence in a gendered perspective as a continuum of violence for several reasons. First, there is a link between what is happening on the battlefield and the violence happening at home. There is also a link between violence before, during and after conflict. Thus, peace for women does not necesarily mean the end of armed conflict because women will experience violence before, during and after the conflict. That is why post-conflict is not a term that is relevant here and should not be used in this context.

In terms of theorizing, we are often falling into the trap of either saying women are victims of violence because of their culture or religion, instead of looking at the changes of political economies, and the role of the state. Moreover, explaining everything away by virtue of colonialism and imperialism is not relevant either. Instead, we need to look at regional, local and national factors. What is more, in  many countries, such as in Iraq, Ipoliticians, militants, tribe leaders, religious authorities, families, have all been complicit if not active agents in gender-based violence. This is in addition to the complicity and the turning a blind eye of the occupation. Last but not least we need to look at the Middle East transnationally on these issues, because of migration and political mobilization as well as cultural links.

Exiting Violence must include women. But Nadje Al-Ali warned against quotas that are counter-productive. For example, in Iraq it is often relatives of conservative male politicians who benefit from the quotas and they convey regressive ideas around women.

On the contrary, as an example of a genuine transforming of society in that respect, Nadje Al-Ali mentioned the case of Kurdish regions in Turkey and Syria where there is a rule that any kind of leadership position has to include a man and a women, going alongside a wider commitment to transforming gender norms and relations.

Prof Al-Ali stressed the importance of foreign policies and discourses. For example, discourses making a clear difference between « their » women and « our » women, the fact of measuring civilisation in terms of what women wear, actually created a backlash against women rights. We have to be very careful in the way that we approach this matter. 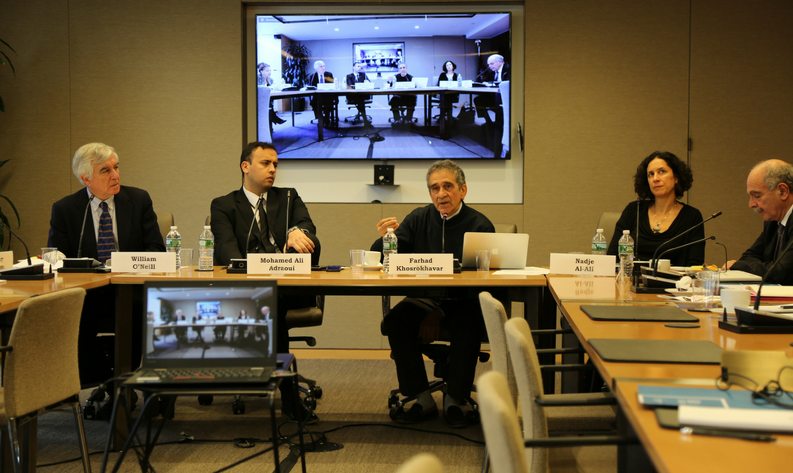 Farhad Khosrokhavar, from the Working Group « Radicalisation, a comparative perspective »

The geopolitical situation has also an impact in motivating the potential jihadists. For example, in the United States the Arab diaspora felt an injustice towards Palestinians. 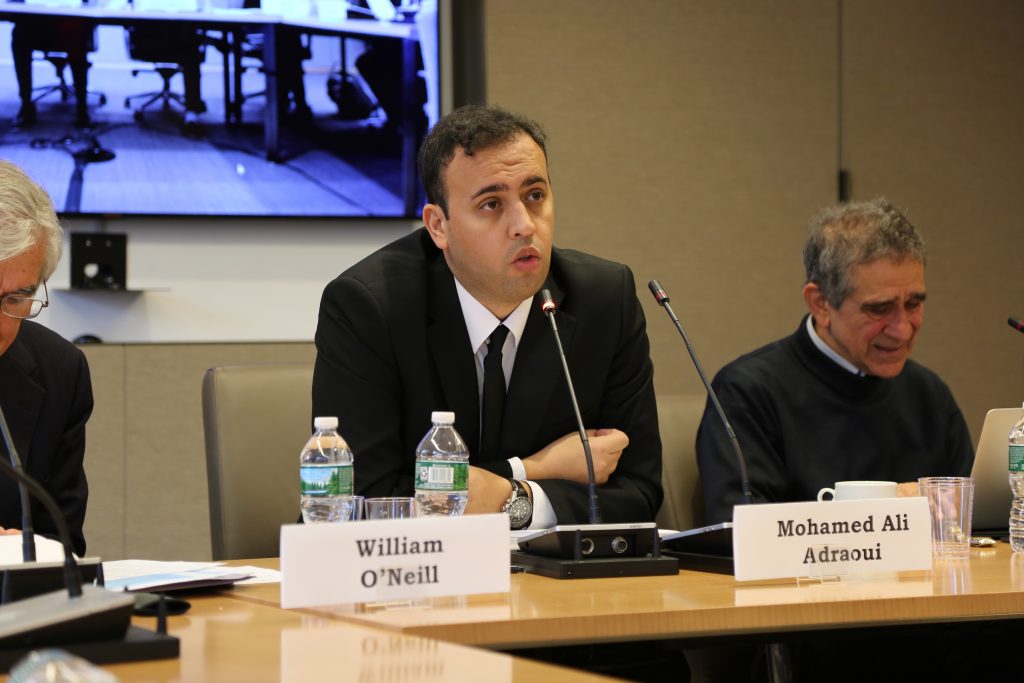 Mohamed-Ali Adraoui, from the Working Group « Between Salafism, sectarianism and violence: the new faces of radicalization »

What are their narratives and why do they believe in them?

Some of them create political parties, others avoid being political involved, some go for violence and establish a transnational politicized movement…

One does not need to have a strong religious background to become radicalized.

Jihadists use violence as counter-violence. So there is no jihadist struggle at the very beginning but a jihadisation of struggles. For example, Syria is a cas d’ecole as Religion is a matter but not prominent.

The biggest similarity between them in every country is that they have the feeling that their religion is under threat.

The group recommends to listen to Muslim voices when they express their grievances in a strategy of deescalation of the conflict.

Accurate discourses are important ; for example, the pattern « us » versus « them » is inadecuate. The key would be to give a polititical legetimacy to political grievances.