Ten years ago, two major work about violence came out: “Violence: A Micro-Sociological Theory”, by Randall Collins (Princeton University Press, 2008) and “Violence: A New Approach”, by Michel Wieviorka (Sage, 2009). The two sociologists meet today to discuss their theories and renew the debate for The Conversation France.

An article by Michel Wieviorka and Randall Collins, published in The Conversation on June 17, 2018

Can you tell us more about your earlier approach and how you look at it today?

Then came deindustrialisation, decolonisation, and neo-liberalism, all of which made the source of troubles amorphous and created a malaise manifested in the rise of chronic violence without closure. Wieviorka connects structural change with the phenomenology of individual motivation for violence. My micro-situational approach focuses on the pragmatics and emotions of violence-threatening encounters.

These are above all the inhibitions to effective violence in face-to-face communication with one’s opponent, an emotion I have called “confrontational tension/fear”. Humans, when directly focused on each other, become involved in each other’s bodily rhythms. Violence as action is in tension with the tendency toward Durkheimian solidarity through interaction rituals.

In such moments, adrenaline and a racing heart tend to incapacitate one’s ability to be effectively violent, leading most often to standoffs with no more than angry gestures, or to wild shooting or hitting. Doing damage in such an encounter depends on establishing emotional domination and setting the rhythm of action while the opponent is incapacitated by such high tension.

The historical evolution of weapons has created some alternatives to direct confrontation – the ability to fire at a distance, or by clandestine tactics such as suicide bombers who pretend that there is no confrontation until the bomb goes off.

The nature of violence changes as new weapons and social techniques spread, and these drive changes even if the motivation that Wieviorka describes continues to define the malaise of the last 60 years. I agree that our approaches are complimentary; my focus on the micro-situation is pragmatic, seeking the eye-of-the-needle that turns motivation into action.

Why violence is chosen?

Michel Wieviorka: My analysis insisted on the processes through which some people end up as terrorists, or, more generally, act violently. These processes have a lot to do with their subjectivity, with their previous difficulties in life.

One approach is to try and understand how an individual or a group chooses violence on the basis of subjectivity: is it because they look for a meaning in life? Or to modify a given situation? Protest against a situation they view as unfair, or to impose one? Such individuals encounter difficulties transforming meaning into action.

Another approach is to understand how through concrete interactions violence may appear and extend.

Randall Collins, as a sociologist and a novelist, you are now developing analysis on the role of Internet and new technologies in contemporary war and terrorism. How are these new aspects of your work connected with the previous ones? And what would be Michel Wieviorka’s answer?

R.C: After finishing Violence: A Micro-sociological Theory in 2008, questions remained. Have the macro-dynamics of violence changed, especially geopolitics and war, in an era of computerised high-tech? Is it true, as some have claimed, that Clausewitzian friction has been overcome? Certainly not entirely.

Western soldiers who fought in Iraq and Afghanistan report that advanced weapons are not always available when needed – limited by refuelling, repairs, logistics and expense – and so ground troops often rely on old-fashioned tactics.

Moreover, long-distance weapons guided by targeting information from satellites and drones force enemies to disperse, concealing themselves in civilian populations, emerging for guerrilla attacks on isolated bases and vehicles. Seeking even easier targets, they launch terrorist attacks on civilians. As a consequence, rising civilian casualties establish an atmosphere of moral atrocity, especially when Western soldiers respond ferociously to such tactics. Emotional dimensions of war have not disappeared in the high-tech era.

Terrorists use mobile-phone communications and GPS to aim and trigger their improvised explosive devices (IEDs), routed through Internet cafes in neutral countries. Cyber-war plays heavily on emotions for sustaining motivation on both sides, making it into a war of competing atrocities.

Until now we have seen only asymmetric conflicts, where wealthy, high-tech powers fight militarily weaker forces, albeit under the shared umbrella of the Internet. What would happen in a symmetrical war between two equally advanced forces? This may be the United States versus China in coming decades.

What if “the US military divides and fights against itself”?

For now, I have made a thought-experiment: the US military divides and fights against itself. This is my novel Civil War Two (2018). The election of a divisive president splits the United States into north vs. south, and the American Civil War of 1861-65 is replayed, this time with today’s weapons.

Does the emotional dimension – the fog of war – disappear? No: because mutual attrition due to advanced weapons forces a return to low-tech forms of war; because cyber-war inside a divided organisation with shared codes causes intense paranoia; over-centralised computer controls become overloaded and break down; massive columns of armoured vehicles become stranded without fuel in a huge traffic jam of urban refugees [an imaginary invasion of New York]; small groups of soldiers can crawl inside the defensive skin of long-distance weapons bases. Victory continues to hinge on breaking down the morale and social coordination of the enemy. This applies also to nuclear weapons, which are above all a form of emotional threat, as the melodramatic conclusion of my novel illustrates.

Imagining a world without Internet or new technologies

M.W.: Carlos Fuentes in his novel The Eagle’s Throne (2003) imagines Mexico in a situation where there is suddenly no more access to satellites – no more television, telephone, fax, Internet, e-mails… The framework is domestic, and not geopolitical, and what Fuentes proposes is a mixture of very parochial political struggles and sex or love affairs.

The sociological lesson is great : let us just imagine our world without Internet and the new technologies, and we can understand better the gap with the previous era. This new civilisation is global, and as Randall demonstrates, military forces don’t have now to be face to face. You can kill at distance. In this global world, states have no more the monopoly of technological or scientific power, the whole civil society is able to use the more modern technologies of communication – and often, innovation, in this field, cannot be controlled by the state, and comes from social actors.

But if we entered this new civilisation, what about interactions, what about explaining violence by analysing interactions between those far from each other, when a terrorist cell somewhere in the Middle or the Far East can kill some people in Paris or London without having to be on the spot?

Have we really entered this new era? And what can we do about it?

R.C: Are we in a new era of civilisation? Yes and no. The Internet penetrates much of daily life all over the world, because it is one of the cheapest and most easily diffused products of capitalism. Digital technology accelerates the tendency – ever since mass troop charges proved impossible in World War I – to disperse the battlefield, now overturning the distinction between war zone and civilians.

But hackers of all kinds may go too far – not just amateurs causing mischief and criminals seeking money, but terrorists hiding in Internet cafes, and governments threatening to destroy the opponent’s electronics-based economy, and to turn the enemy’s computer-controlled weapons against them. A solution to these problems is now being considered in the Western militaries: to shut down the Internet in time of war. This would return us to an older form of living – pre-1980, let us say. History does not always go forward or in a straight line.

M.W: When 9/11 happened, everyone was dumbfounded. Experts in Washington had imagined many technological terrorist threats – biological, chemical, nuclear. But they apparently didn’t think that potential attackers could buy business-class airline tickets, look respectable, board a plane only armed with very small cutters and be ready to give up their lives the way they did.

In this regard, 9/11 taught us that not only do we have to take new technological possibilities as violence tools very seriously, but also that states must be ready to anticipate, keeping in mind human efficiency and attacks free from any form of modern technologies. Recent attacks in Europe where vehicles were used have proven in many ways as efficient as bullets when it comes to spreading terror and death.

Are you optimistic or pessimistic about possibilities for exit from violence?

R.C: On the micro level, I am optimistic. Face-to-face, humans are not good at violence. They bluster and threaten and curse, but most small-scale violence – whether in quarrels or in protest demonstrations – ends in stalemate.

Physical damage happens when one side achieves emotional domination, confronting a weak or momentarily passive victim whom they can attack without resistance. When both sides mirror each other, maintaining a steady face and voice, replying without escalating, threats dissipate. Prospects are good that more people will learn techniques of keeping anger and fear from escalating, and thus cooling down the possibility of violence. Knowledge of the social psychology of interpersonal conflict is now spreading – in business corporations, in schools, hopefully among police and the people who encounter them. On the micro-level we may get a more peaceful everyday life.

This will not come because the world has solved the structural problems that cause the malaise and desubjectivation that Wieviorka has described. Causes for anger remain, but we can make the situational eye-of-the-needle into violence even narrower.

Insurgents respond with electronic hacking and hiding in the civilian population awaiting the moment to commit atrocities against other civilians; anonymous attacks and counter-measures make life more unpleasant for all of us. The politics of would-be charismatic leaders and routinising bureaucrats keeps stirring up political disputes. International crises are repetitive because they are de-escalated only after they become too costly to continue, and crises reappear because perceptions of the evil done by the enemy stirs up cries for intervention and revenge. Perhaps my macro-analysis is too pessimistic. In any case, it is a reason why I focus on micro-analysis, with its elements of optimism.

M.W: Randall Collins is right, and we must distinguish at least between the micro and the macro level. But in the former, I am more pessimistic than he is. In fact, I consider that violence when used as a military or political tool is also, in some cases, barbaric, loaded with various forms of cruelty, cases of violence for violence.

Such is the case of jihadist violence. Disembodiment of human bodies contributes to a dehumanising process for all actors, performer as well as the victim. And today, this is done publicly as such acts are displayed and staged publicly through social media. In doing so, in order to exist, sustain themselves and feel empowered, some humans destroy others, including their humanity, negating their sense of belonging to the human species itself, not only for them but also for those who are watching.

At the macro level, I think it is and will be always very difficult to end with violence. For instance, while a specific form of violence disappears or fades away, other forms can emerge, and take over. Such is the case of Colombia, where the peace agreements put an end to the FARC guerrillas. Yet, in some territories that were under FARC’s control, new expressions of violence are now developing. Some are connected to organised crime cartels and implemented by armed groups that have no political project and which appeared in the vacuum caused by the departure of FARC.

Today we see new surge of violence everywhere through populist, extremist or nationalist movements. But also an authoritarian tendency in society that could announce new explosions of violence. 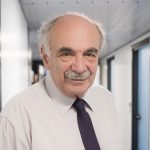 Michel Wieviorka is & Scientific director of the IPEV project and a member of the steering committee.