Can you give us your insight into the actual situation in Yemen?

The situation in Yemen remains deeply fluid. Ultimately, the country has been divided into different, interconnected areas. On the one hand, there is the area under the control of the Houthis, which represents a minority of Yemen’s land but a majority of its population. While area ostensibly under the control of internationally recognized government, a variety of groups hold sway in other parts the country. The current seat of the Yemeni cabinet, the port of Aden, has seen tensions between pro-Hadi troops and secessionist fighters aiming to restore the independence of south Yemen. In the center of the country, the city of Marib has emerged as a relative bastion of calm. Taiz, Yemen’s third largest city, remains rife with infighting among anti-Houthi factions—even as the Houthis’ themselves continue to subject it to a punishing siege. All the while, many rural areas across the country continue to witness a power vacuum, granting operating space to criminal and extremist groups like Al Qaeda.

For the average Yemeni, the situation is disastrous. The war has spurred a continuing humanitarian crisis; both Yemen’s economy and healthcare system have been pushed to the brink of collapse, while fighting has laid waste to many key urban centers. Simultaneously, the years of tension have exacerbated Yemen’s varied frontlines threatened to rip the country’s social fabric apart.

How do you explain we have just a few information about the situation in Yemen? Why is it not a common subject in the media?

Yemen has long been overshadowed by other conflicts in the region. Part of this is due to location—in contrast to, say, Libya and Syria, Yemen is distant from Europe and, thus, easier to ignore. Simultaneously, there are significant access issues—it’s generally difficult to get in and out of Yemen, let alone to report in the country. This effects Yemeni journalists even more than foreign journalists: scores have been killed, injured or detained simply for trying to do their job.

What is the impact of the situation in Yemen at the international level?

Despite its lack of attention in international media, Yemen has deep significance for the region as a whole. On the first hand, the conflict has pulled in a multi-nation, Saudi-led coalition; backed by the UK and US, the coalition maintains troops in and around Yemen in order to support its allies on the ground. On the second hand, the Houthis have longstanding ties to Iran—something that helped to spur the Saudi-led coalition’s entry into the conflict into the first place. The potential of regional escalation has been underlined by the recent spate of missile attacks on Saudi Arabia, which the coalition blames on Iran.

Simultaneously, there is the risk of Yemen becoming a haven for extremist groups; US officials have continued to harp on the threat posed by Al Qaeda in the Arabian Peninsula (AQAP), which former CIA director David Petraeus once cast as “the most dangerous node in the global jihad.” Owing to Yemen’s strategic location on the Bab al-Mandab straight, the conflict also has the potential to effect one of the world’s most important global shipping routes. 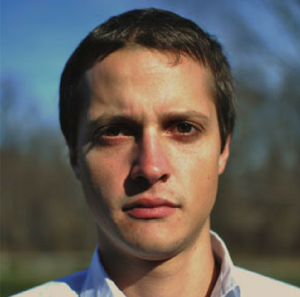 Adam Baron is a writer and political analyst, and currently a visiting fellow at the European Council for Foreign Relations. His research focuses on the Middle East with an emphasis on Yemen and the wider Arabian Peninsula. He was based in Sanaa (Yemen) from 2011 to 2014, and he reported regularly for The Economist, the Christian Science Monitor and McClatchy Newspapers. He holds a BA from Williams College in degree in Arab Studies and Religion and an MA in International Peace and Security from the department of War Studies at Kings College London. He is currently based between London and Beirut.