On thursday November 21st, the platform Violence and Exiting Violence‘s seminar at Fondation Maison des sciences de l’homme organize a roundtable that will gather  three researchers specialised in radicalisation and jihadism together : Farhad Khosrokhavar and Jérôme Ferret (co-leaders of the IPEV working group “Radicalisation: a comparative perspective) and Dominique Thomas (member of the IPEV working group “Between Salafism, sectarianism and violence: the new faces of radicalism).

They will assess the current research on radicalisations nearly three years after Charlie Hebdo attack and will shed light on their respective fieldworks, in France, in Basque Country, in United Kingdom and in the Middle East. 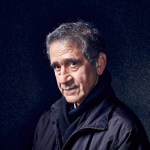 Farhad Khorsokhavar is senior researcher at the EHESS and Director of the FMSH’s Observatory on radicalisations. He was director of the Centre d’Analyse et d’Intervention Sociologiques (CADIS, EHESS-CNRS) from May 2015 to August 2016. His researches deal with sociology of contemporary Iran, with social and anthropoligical issues of Islam in France. He is the author of several publications on jihadism, radicalization in prisons and the Arab revolutions, including Le jihadisme. Le comprendre pour mieux le combattre, 2015 (alongside D. Bénichou and P. Migaux).

Video : “4 things to know about radicalisation, with Farhad Khosrokhavar” 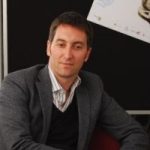 Jérôme Ferret is professor of sociology at the University of Toulouse Capitole, associate researcher at the Ecole des Hautes Etudes en Sciences Sociales (Cadis, EHESS-CNRS) and co-director of the Maison des sciences de l’homme of Toulouse. His research focus on political violence, terrorism, the dynamics of confrontation between young people and the police in urban areas in France and Spain. 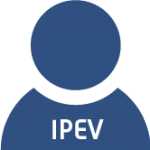 Dominique THOMAS has a Master from INALCO (Paris) in 1995 in Arab Studies and a Master in Middle East Studies from IEP (Paris) in 2001. He was then a teacher and coordinator in charge of educational programs at the French General Consulate in Jerusalem, within the French Cultural Center of Gaza (1995-1998). He is currently research fellow at the Ecole des Hautes Etudes en Sciences Sociales (EHESS) in Paris, associated with the programs of the EHESS’s center (Institute for Islamic Studies and Societies in the Islamic World). As expert, he also wrote several files of analysis on the radical Jihadist movement for for many European Think tanks and French public institutions. After working for a long time on the jihadist groups based in the Arabian Peninsula and on the jihadist scene in London, his research issues are currently focused on radical political Islam, especially its evolution since the Arab revolts. He is the author of several books on these issues, including his latest publication, “Jihadist Generations, Al-Qaeda and Islamic State, History of a Fratricidal Struggle” (Michalon, October 2016). He has also contributed to several articles in both French and Arabic press newspapers and reviews.