Violence, in all its forms, today constitutes a vast field of research in sociology, and in the social sciences. But the same is not true of preventing and exiting violence, which do not have their own well-structured space within the humanities. Much more empirical than theoretical, understanding of these issues is produced more by actors (NGOs, associations), experts, and practitioners than by social science scholars.

Violence: An international journal endeavors to gather together and support a large community of scholars and practitioners, focusing on two complementary yet distinct scientific and intellectual issues: the analysis of violence, in its diverse manifestations, and preventing and exiting violence. In doing so, Violence: An international journal aims to develop understanding about violence, but also to build up a delineated field of research for preventing and exiting violence, with its contributions and debates. Violence: An international journal also makes a special effort to link together research in the social sciences and other fields of knowledge, forging bonds with literary and artistic circles in particular, with contributions dealing with exiting violence through the lens of art. 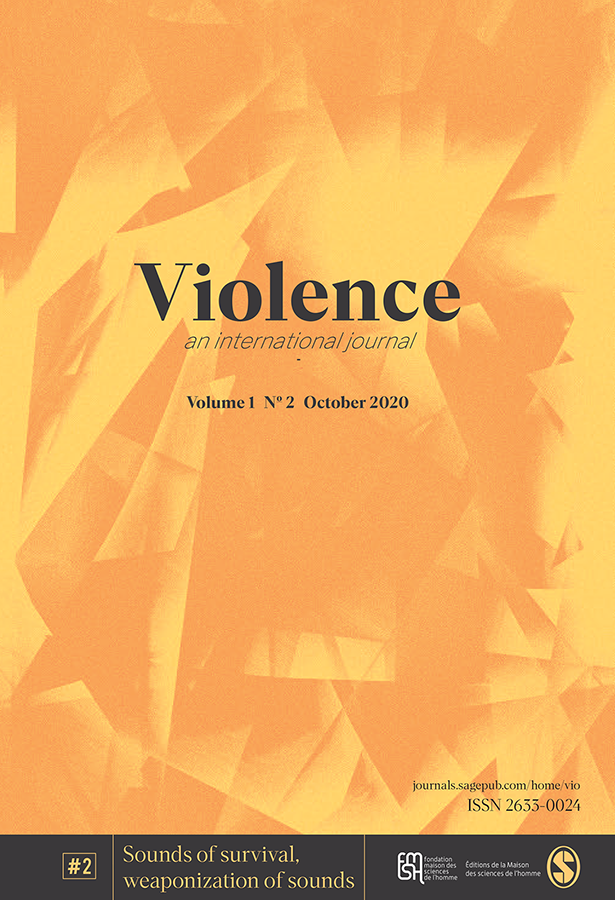 In its second issue, Violence: An international journal publishes a special section entitled “Sounds of survival weaponization of sounds”, at the crossroads of sociology, political science and ethnomusicology. Coordinated by Luis Velasco-Pufleau and Laëtitia Atlani-Duault, it gathers voices of musicians and social scientists working in Syria, Lebanon, Vietnam, Germany or France, and who question the power of music and sounds in contexts of humanitarian crisis, civil war or exile. If musical practices can help to survive and pass on memories, they also represent new spaces for political empowerment.

Opening this issue are two original fieldworks: the first one explores how violence is instrumentalized during migrants’ journey in Central America (Sergio Salazar Araya) and the second focuses on domestic violence perpetrators in Italy and in France (Cristina Oddone).

This issue is also composed of two interviews: the first with one of the pioneers of social science research on political violence, Stathis Kalyvas, and the other with the South African photographer, Jo Ractliffe, about her work on the traces, visible or invisible, of violence left by the deadly conflicts in Angola and its neighboring countries at the end of the 20th century.

The journal is entirely in English and published twice a year by Éditions de la Maison des sciences de l’homme and Sage Publishing.