The Resolve Forum 2017 “Confronting the Next Wave of Violent Extremism” took place in Washington D.C. at the United States Institute of Peace and brought together researchers and experts on violent extremism to discuss issues such as the risks in hotspots across Asia, Africa, the Middle East and Europe.

IPEV participated in the event, particularly in the panel discussion “Entering and Exiting Violence”. Marc Sageman, a member of the working group “Between Salafism, sectarianism and violence: the new faces of radicalism”, and Dale F. Eickelman, a member of the International Advisory Board, participated in the debate, together with John Horgan, professor, Georgia State University. The different perspectives (sociology, anthropology, psychology) encouraged a rich discussion around exiting violence. 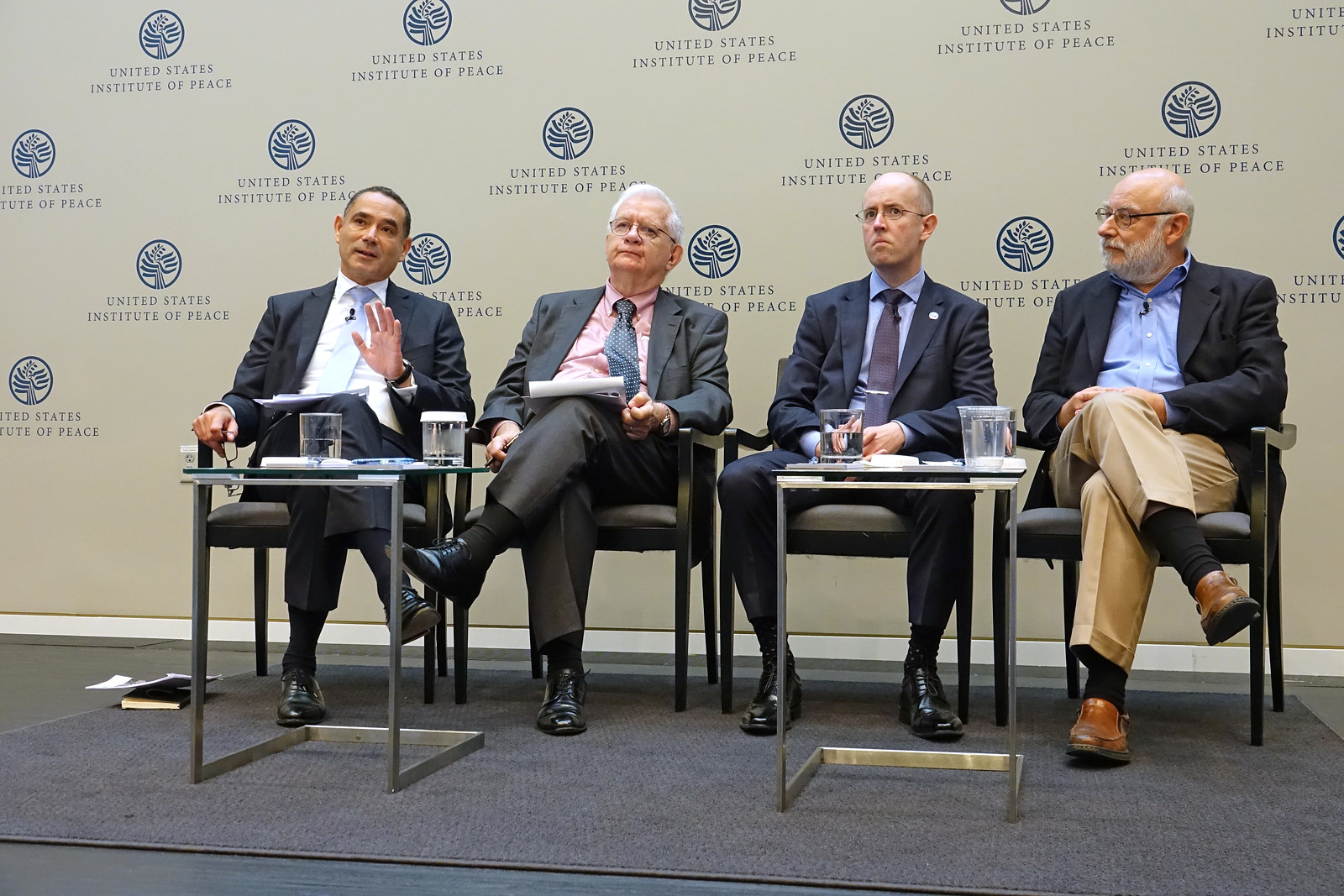 Ivo Veenkamp, Deputy Executive Director at Hedayah, introduced the panel highlighting the importance of understanding what could happen after ISIS. He raised a serie of questions: what about peace in Syria and Iraq? Can ISIS move to other places? Why do people join them? How to deal with returnees? Is there a possibility to at least work with them? Ivo Veenkamp also mentioned the necessity to understand the process of radicalisation.

Dale F. Eickelman underlined the fact that even when different disciplines agree on many things, there is a great divides between research and people doing political intelligence. He also suggested the importance of taking communities into account, exploring how they can be encouraged to cooperate and communicate with authorities. For him, it is necessary to empower communities and to give them room to advance community interests.

Lastly, Eickelman pointed out the fact that looking at the changing ideas inside terrorist groups’ discourse and how they quickly shift representations of themselves to retain audiences and reach new ones was necessary. 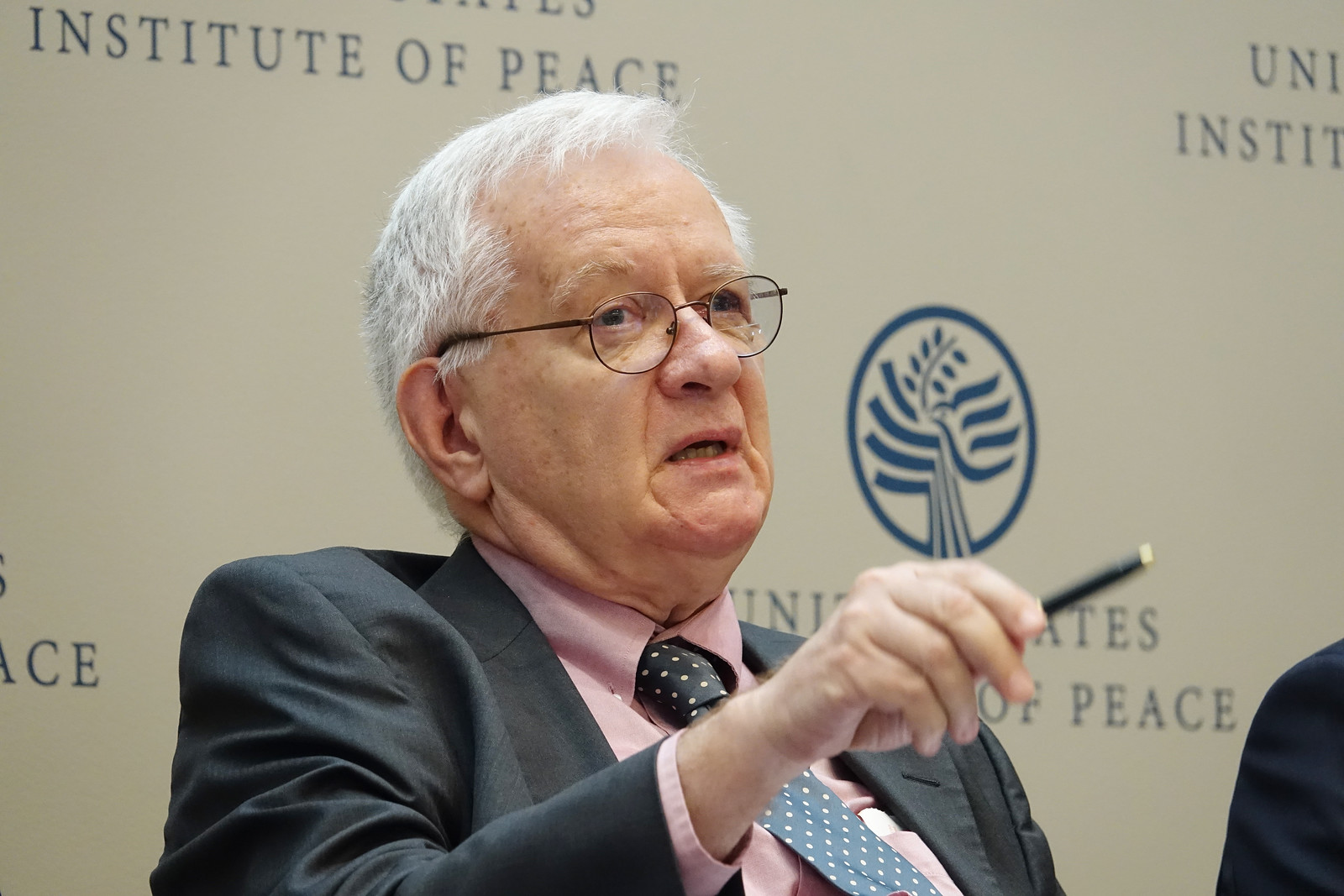 Courtesy of the United States Institute of Peace. Dr Dale F. Eickelman at the Resolve Forum 2017 “Confronting the Next Wave of Violent Extremism”, panel discussion “Entering and Exiting Violence”.

For John Horgan, we do know many features of extremism. For example, we know that there is no clear profile defining among those who get involved in terrorism. Diversity, Horgan says, is one of the defining characteristics of people who become terrorists. Horgan says that reasons for engagement are now well known known. Horgan listed a series of factors leading to extremism, and these include grievances, moral outrage and the urge to take action. Ideology matters, Horgan argues, but it matters more for some than it does for others. For Horgan, ideology has a misunderstood role in the radicalization process, which leads observers to underestimate what he calls the “little factors” – the camaraderie, adventure, and excitement that drive individual fantasy. The challenge remains to appreciate how these factors can change over time. We need to harness their predictive value, but Horgan warns, in this sense “science is nowhere near in enabling us to ascertain what drove these individuals to those groups in the first place”.

To conclude, Horgan suggests a closer examination of the use of the disillusionment that some returnees express in their narratives for two things: facilitating disengagement and making those narratives known to prevent extremism. 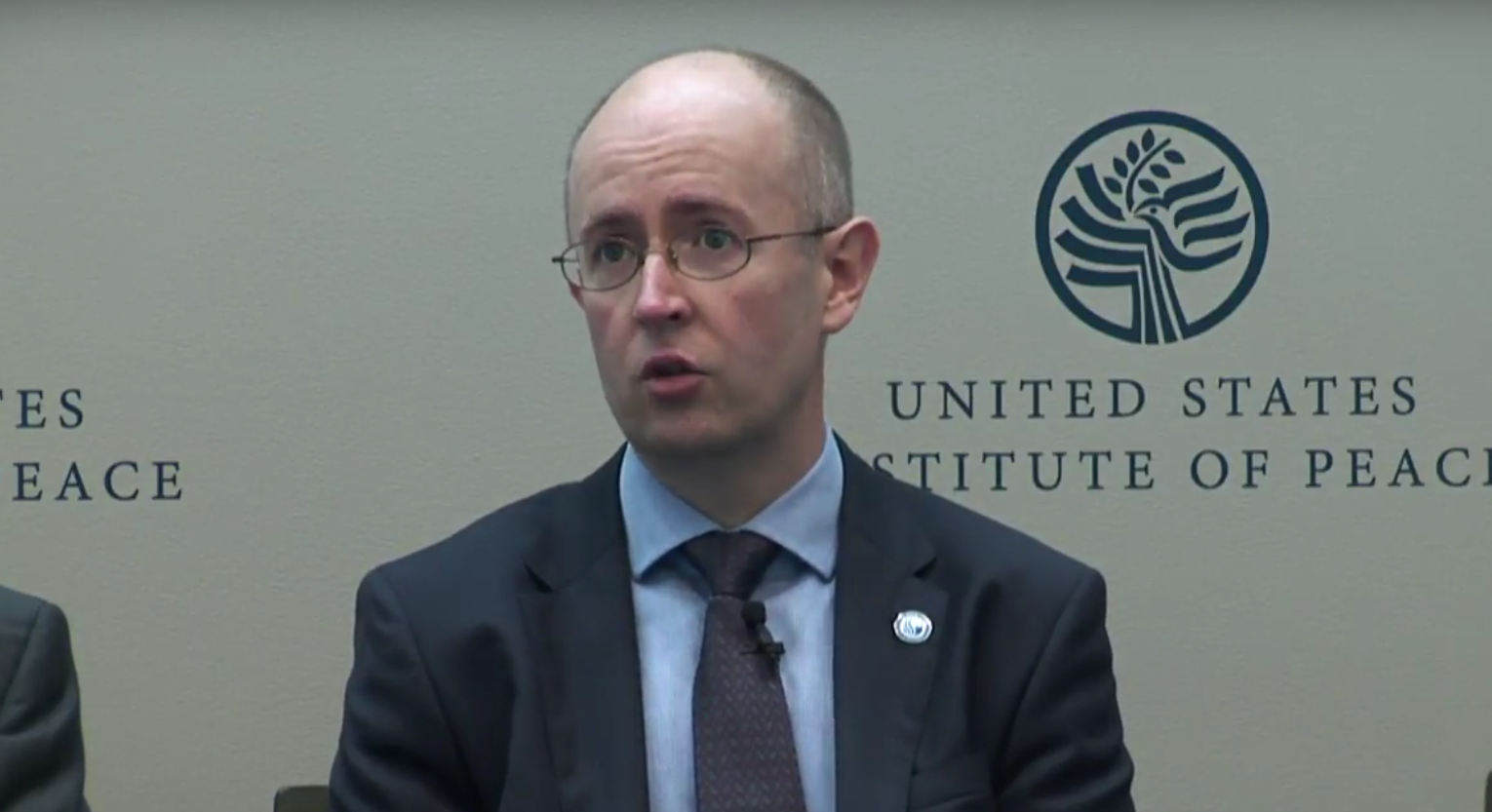 Dr John Horgan at the Resolve Forum 2017 “Confronting the Next Wave of Violent Extremism”, panel discussion “Entering and Exiting Violence”.

Marc Sageman started his intervention by arguing that it was not so much a lack “we know or don’t know about radicalization and disengagement” as a lack of conceptual framework preventing us from understanding and appreciating the significance of “what we know” about these issues. Instead, we use vague terms like “violent extremism” and “radicalization,” which have many meaning and prevent us from thinking clearly about this topic. This leads to a stagnation in terrorism research. Furthermore, since most of this research is funded by the state, it often degenerates into counter-terrorism propaganda masquerading as social science.

He outlined a universal model for turning to political violence based on self-categorization theory and cognitive heuristics. The first step is the acquisition of a political social identity due to some grievance. The collection of people sharing this social identity forms an imagined community, which is still non-violent. However, it may do so under three conditions: an escalation of conflict between this community and the state; the community’s disillusionment with non-violent protest to redress their grievances; and moral outrage at an egregious state aggression against this community. Under these circumstances, a few members of this imagined community volunteer to be soldiers to defend their attacked community. Soldiers use violence because that is who they are and what they do. So, while there is no objective profile for “terrorists” as anyone can volunteer to be a soldier defending his community, there is certainly a subjective profile, namely, being a soldier for this community. Unfortunately, it is very difficult to detect a subjective as opposed to an objective profile.

An implication for exiting from violence is to distinguish between those who have already crossed into violence and have blood on their hands, and the rest of the political protest community, which is still non-violent. The continued state persecution of this community will increase those turning to violence. So, the sophisticated way to end of a campaign of violence is to isolate the violent people from the rest of their protest community; encourage the still non-violent community to disavow and condemn their violent members; and re-integrate this community into society by crafting an overall societal identity, which they all share. Unfortunately, this is exactly the opposite of what most Western governments are doing at the present.

The whole live video is available on the USIP website. A short video of the panel discussion will soon be released.

Chapter 3 | Between Salafism, sectarism and violence : the new faces of radicality